TOP is a non-partisan organisation that collaborates with several orangutan conservation projects, as well as providing habitat protection through its own programs to deter wildlife poaching, illegal logging and land clearing in Indonesia.

The organisation provides technical and financial assistance directly to conservation projects and orangutan rescue and rehabilitation centres. This includes much needed resources for the day-to-day care needs, the reintroduction of orphaned orangutans and the locating and securing of release sites. Presently there are over 2,000 orphaned orangutans living in care centres in Borneo and Sumatra.

TOP’s philosophy is to work flexibly and tailor what is necessary to get the job done for orangutan conservation and welfare, with TOP’s organisations needs always subservient to the best outcome for orangutans.

The Orangutan Project (TOP) is the world’s foremost not-for-profit organisation, supporting orangutan conservation, rainforest protection, local community partnerships and the rehabilitation and reintroduction of displaced orangutans back to the wild, in order to save the two orangutan species from extinction. 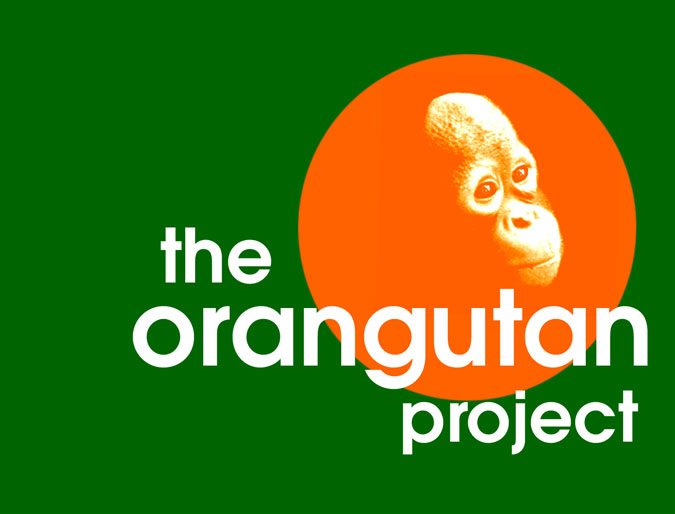 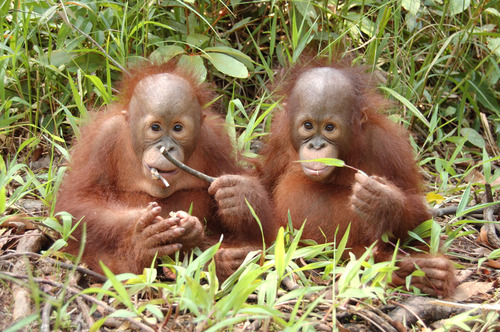 Colour Me Bronze and TOP

Colour Me Bronze is proud to announce that we are now a Green Canopy business partner with The Orangutan Project.

I am so excited to be a business partner with this fantastic cause.  If you weren’t aware Colour Me Bronze already sponsors two Orangutans in Borneo… Cece and Gokong… we send monthly donations for these these two gorgeous Orangutans to help with their rehabilitation process.

The Orangutan Project and the projects that they work on include the rehabilitation of orphaned orangutans, the conservation of their homes and the Save Forest program to deter wildlife poaching, illegal logging and land clearing in Indonesia. This is something that means a lot to me and I am passionate about, and now that I am able to help more I am so proud to be a Green Canopy business partner and we have permission to use the Green Canopy TOP logo to promote our partnership and our donation contribution.

The Orangutan Project also offers Orangutan Friendly Product labelling for organisations who are seeking to promote the fact that its products are palm oil free.  We have been approved by the board of The Orangutan Project by submitting our ingredients lists for our products, and we are now able to show that our products are palm oil free and do not harm Orangutans or contribute to the destruction of the species’ habitat by displaying the Orangutan Safe logo… something that I am so proud of with the Colour Me Bronze Professional products. 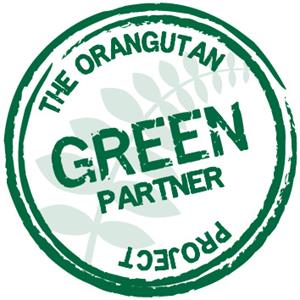 Cece was confiscated from the Hill Park theme park in Medan, North Sumatra in February 2015.  Reports were received from the public about the existence of orangutans at Hill Park.  After an investigation, the manager of the park agreed to hand Cece into government authorities.  She was being housed in a small cage.  Cece was taken immediately to the Quarantine Centre run by the Sumatran Orangutan Convervation Programme (SOCP) in Medan to receive treatment and proper care.

Cece was then introduced to the larger social group.  However, she was very nervous and had difficulty getting enough food, so she was returned to the infant house and is the oldest member.  Cece’s closest companion is Bobina, and the two small orangutans can always be seen “competing” with each other for attention.  Cece loves to try to build nests with dried leaves, and is almost always playing with her friends.  Cece is an absolutely beautiful orangutan with long, dark hair and a Mohawk hairstyle. 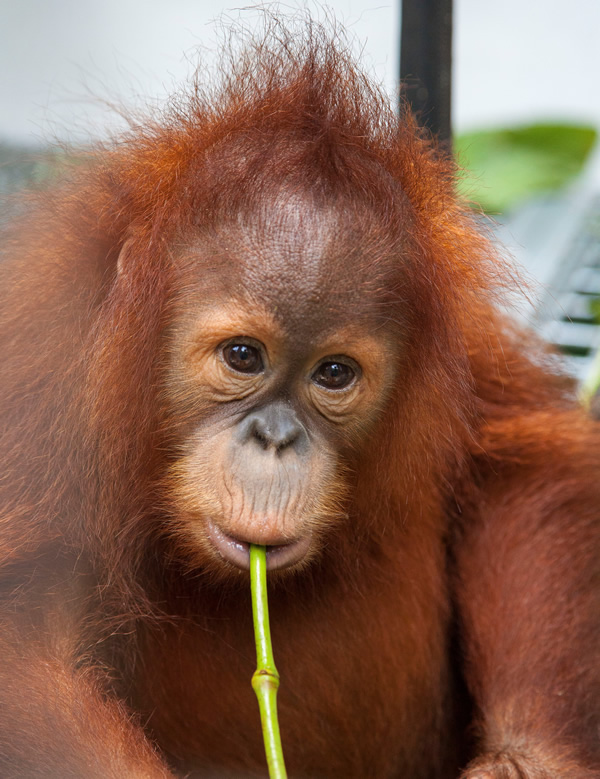 Confiscated from the home of an Indonesian palm oil plantation worker, he was weak, suffering from malnutrition and is severely underweight. He has been snatched from his mother, witnessed her brutal torture, and was bought for AU$10.40 from the fisherman who stole him from his wild home.

Fisherman came across this opportunity to snatch this little baby from his mother and sell him to an employee working for PT Socfindo for a quick buck; highlights the desperate situation Orangutans face in their fight from extinction.

Tripa where Gokong Puntung, was confiscated is part of the world famous Leuser Ecosystem. This precious and unique biodiversity hotspot contains over 80% of the worlds remaining wild Sumatran Orangutans and is the last place on Earth where the Sumatran tiger, orangutan, rhino and elephant co-exist. His once-thin body is starting to fill out and he was learning to climb! The Care Center team have worked tirelessly to achieve this outcome. 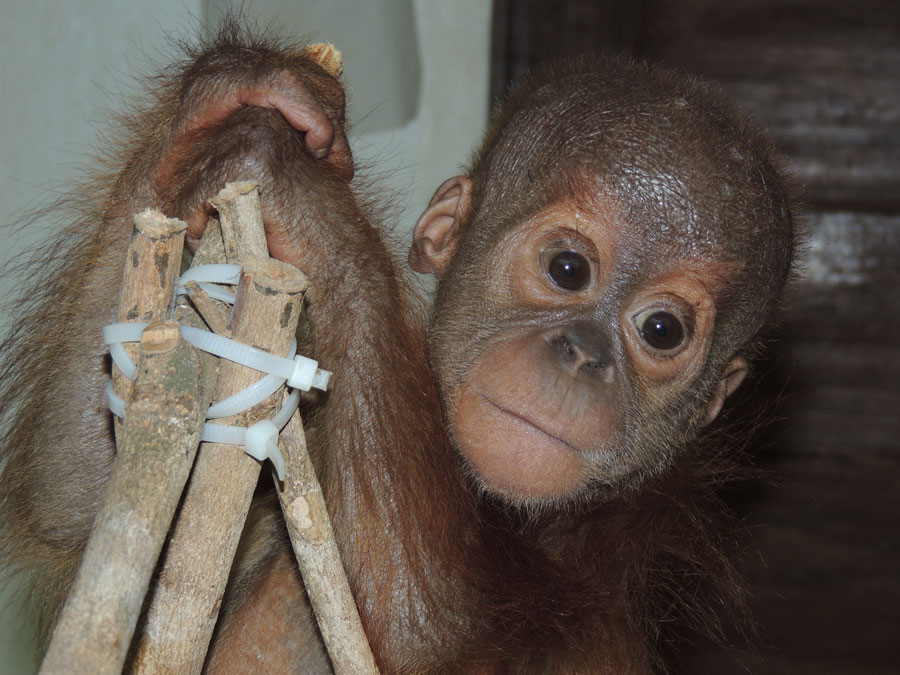 WELCOME TO COLOUR ME BRONZE